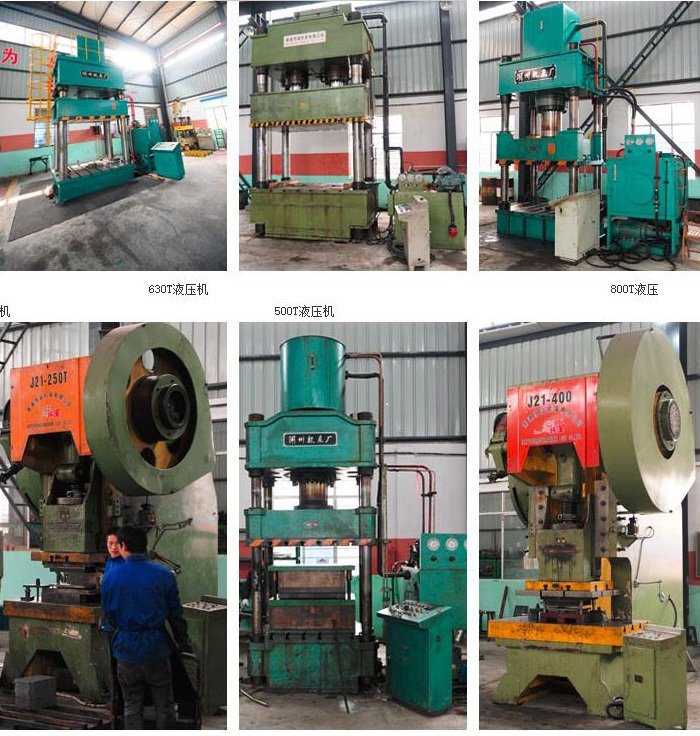 Deep drawing is a sheet metal forming process where a sheet metal blank is progressively formed into a three dimensional shape by the mechanical action of a punch drawing the material into a forming die. It is also considered as a shape transformation process with material retention. The flange region (sheet metal in the die shoulder area) experiences a radial drawing stress and a tangential compressive stress due to the material retention property.

These stresses (hoop stresses) result in flange wrinkles (wrinkles of the first order). Wrinkles can be prevented by using a blank holder, the function of which is to facilitate controlled material flow into the die radius.

Deep Drawn Process
The total deep drawing load consists of the ideal forming load and an additional component to compensate for friction in the contacting areas of the flange region and bending forces at the die radius. The forming load is transferred from the punch radius through the drawn part wall into the deformation region (sheet metal flange). Wall thinning is prominent and results in an uneven part wall thickness due to tensile forces acting in the part wall. It can be observed that the part wall thickness is lowest at the point where the part wall loses contact with the punch, i.e. at the punch radius. The thinnest part thickness determines the maximum stress that can be transferred to the deformation zone.

The flange thickens and results in blank holder contact at the outer boundary rather than on the entire surface due to material volume constancy. The maximum stress that can be safely transferred from the punch to the blank sets a limit on the maximum blank size (initial blank diameter in the case of rotationally symmetrical blanks). An indicator of material formability is the limiting drawing ratio (LDR), defined as the ratio of the maximum blank diameter that can be safely drawn into a cup without flange to the punch diameter. Determination of the LDR for complex components is difficult and hence the part is inspected for critical areas for which an approximation is possible.

Commercial applications of this metal shaping process often involve complex geometries with straight sides and radii. In such a case, the term stamping is used in order to distinguish between the deep drawing (radial tension-tangential compression) and stretch-and-bend (along the straight sides) components.

For example, the Marform process works on the principle of rubber pad molding. Deep recessed parts with either vertical or sloping walls can be formed. In this type of forming, the die assembly uses a rubber pad as a mold half and a solid mold half, similar to the die in a conventional die set, to mold a component into its final shape. These are cast light alloys and the rubber pad is 1.5-2 times thicker than the molded part. For marforming, single-acting presses are equipped with tool cushions and hold-downs. The blank is held by a hold-down against the rubber pad through which a punch acts as in conventional deep drawing. It is a double-acting device: first, the plunger slides down, then moves the blank holder: With this function, deep drawings (30-40% cross-dimension) can be performed without wrinkles.

Industrial uses of deep drawing processes include automotive body and structural parts, aircraft components, utensils and white goods. Complex parts are normally formed using progressive dies in a single forming press or by using a press line. Softer materials are much easier to deform and therefore require less force to draw. The following is a table demonstrating the draw force to percent reduction of commonly used materials.

Tool materials
Punches and dies are typically made of tool steel, however carbon steel is cheaper, but not as hard and is therefore used in less severe applications, it is also common to see cemented carbides used where high wear and abrasive resistance is present. Alloy steels are normally used for the ejector system to kick the part out and in durable and heat resistant blank-holders.

Lubricating and cooling
Lubricants are needed to reduce the friction between the working material and the punch and die. They also help in removing the part from the stamp. Some examples of lubricants used in drawing operations are high performance emulsions, phosphates, lead white, and wax films. You should be aware of the effective temperature range, corrosion properties, and methods of applying and removing the lubricant before deciding on a lubricant. The plastic films, which cover both sides of the part while they are being used with a lubricant, leave the part with a fine surface.

Your complete metal manufacturing partner!
Thanks for stopping by!

Zechin Industries is a modern manufacturing enterprise specialized in metal parts and assembly in China.The company was founded 25 years ago, in the year 1989.