You are here: Home » Blog » Pipe and tube bending services

Definition - What does Pipe Bending mean?

Pipe bending is a technique used in various metal forming processes with the aim of increasing the fabrication capabilities of plumbing fixtures. The pipe can be bent at varying angles and in different directions. The simplest curve turns the tube at an angle of 90 degrees forming an elbow. Besides, pipe bending can be done in several other geometries that include 2D and 3D dimensions.

There are four primary processes that fall under the tube bending category: heat induction, press bending, roll bending, and rotary bending. The process used depends on how thick the metal is, its size, and several other factors relating to the material being shaped. For example, rotary bending is often used to create straight tubes or pipes, like car frames, cages, and rails. Comparatively, when the material needs to take on the form of a coil, roll bending is used.

The General Process of Tube Bending

Regardless of the type of tube bending being performed, the same general process is usually followed: 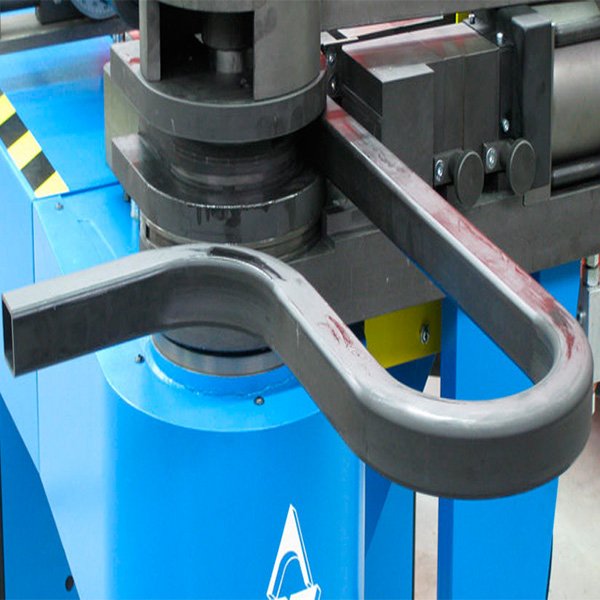 l The metal is formed using a rotary machine

Tube bending as a process starts with loading a tube into a tube or pipe bender and clamping it into place between two dies, the clamping block and the forming die. The tube is also loosely held by two other dies, the wiper die and the pressure die.

The process of tube bending involves using mechanical force to push stock material pipe or tubing against a die, forcing the pipe or tube to conform to the shape of the die. Often, stock tubing is held firmly in place while the end is rotated and rolled around the die. Other forms of processing including pushing stock through rollers that bend it into a simple curve.  For some tube bending processing, a mandrel is placed inside the tube to prevent collapsing. The tube is also held in tension by a wiper die to prevent any creasing during stress. A wiper die is usually made of a softer alloy i.e. aluminum, brass to avoid scratching or damaging the material being bent.

Much of the tooling is made of hardened steel or tool steel to maintain and prolong the tools life. However wherever there is a concern of scratching or gouging the work piece, a softer material such as aluminum or bronze is utilized. For example, the clamping block, rotating form block and pressure die are often formed from the hardened steel because the tubing is not moving past these parts of the machine. On the other hand, the pressure die and the wiping die are formed from aluminum or bronze to maintain the shape and surface of the work piece as it slides by.

The tools used during this process are made of steel, but other elements can be used if the material undergoing the bending process is prone to scratching.

Your complete metal manufacturing partner!
Thanks for stopping by!

Zechin Industries is a modern manufacturing enterprise specialized in metal parts and assembly in China.The company was founded 25 years ago, in the year 1989.